BRUNOW: About the road to Hell’s

Daniel Brunow is a nightclub manager at Hell's Kitchen and, despite his young age, a veteran in the industry. He talks about how he got into the nightclub scene, how different working days/nights can look like and how he best prevents a hangover.

Hi Daniel, nice to get to know you a little better! For those who don’t know who you are?
My name is Daniel Brunow and I usually describe myself as an overly social person who loves meeting new people. Much is based on curiosity about others, excess energy and the interest in creating new relationships and memories. I grew up in a family where no ideas were crazy enough, and with parents who started a variety of companies both with success and failure. It gave me the taste at an early age not to choose the academic path in life. I started working even before I was 10 years old with professions we have all almost tried. Everything from café, restaurant, camping, ICA, telemarketer to being a harbor captain, riding an inflatable boat and running on the piers.

At the age of 17 I was diagnosed with severe acne. It covered most of my torso and face. I was treated for 12 months with Roccotan and had a lot of side effects, including liver failure which meant I couldn’t drink alcohol. Partying sober brought a different view of nightlife. In conjunction with a bit of luck and thanks to a friend, I got the opportunity to become an insider at one of Stockholm’s nightclubs. I quickly saw the professional part as a potential long-term career but that was easier said than done. With a part-time job on the side and a supportive family, I was able to do what I wanted, even though it didn’t pay to support myself for the first two years.

After just over two years, I finally received the trust in the Nobis group for my first job as nightclub manager. Despite my young age, I had free hands to build a concept at Café Opera’s sister club End Nightclub. It quickly became one of Stockholm’s most popular clubs for a younger crowd. For me, it was an important milestone in my career and also an important part of why I am where I am today.

At 21, I left End to join the Stureplans group and the nightclub Suite. Four weeks into my assignment as Nightclub manager, the pandemic exploded, something that at the moment felt completely hopeless. But with faith from the group, I joined Berns Terassen as Nightclub Manager. Then under slightly different circumstances that many people know, you can say that I was the sitting club manager with a twinkle in my eye. Long story relatively “short” and now since the 29th of September 2021 I was entrusted to become Nightclub Manager at Hell’s Kitchen.

What does a typical working day look like for you and what do you think is the absolute most enjoyable part of your job?
A typical working day for me differs a lot depending on whether the club is open or closed. A typical Friday is very much about responding to friends and guests on social channels, as well as managing guest lists, table reservations and answering questions to make other people’s nights out as successful as possible. The absolute most fun here is not answering text messages, but getting to experience the party together with all of you. I’m on the dance floor, in the DJ booth and at the cocktail tables. I am not the party, but I am part of the same party that you are experiencing, which I think is absolutely fantastic. This is also where I can evaluate whether improvements can be made and listen to what others think and think.

A working day when Hell’s is closed consists more of planning and relationships. Everything from scheduling staff to planning long-term events. Here I also get space to maintain and create new relationships with friends and colleagues. An example was a dinner on an ordinary Monday with DJ Seth Hills, who has just moved here from Holland. The evening would be about getting to know each other to review the possibility of working together. It didn’t end with a dinner, which was the idea from the beginning, but when we left the Röda Huset restaurant, we continued the evening at the Coqoeutel cocktail bar. He is a super nice guy who today DJs regularly with us at Hell’s Kitchen.

Combining work with pleasure, like the story above, is what makes me able to work seven days a week with my various companies. I run, among other things, Brunow Padel & Brunow Golf as well as an event company that I currently consult through to Stureplansgruppen.

For those who have not visited Hell’s Kitchen, it is a club that suits everyone. A club for those of you who can’t, don’t want or can’t bear to create the party at home in the living room every weekend. With its three dance floors, there is something to suit you. Not least the overcrowded Schlager floor where the recognition factor of the music is 100%. I usually say that Hell’s Kitchen is for all of us who are out partying to hang out and have a good night. It’s not for those looking for fuss and trouble, nor for those who think they’re better than everyone else.

What can you tell us about future plans, what do you have going on?
The plans going forward are many, but unfortunately there are no details I can give you now. You can follow me and Sturecompagniet on Instagram to be the first with information about upcoming events and news releases.

How and where do you find inspiration for new ideas?
My main ideas come before I go to sleep. I always have a notepad by my bed in case the ideas start to flow. It already started when I wanted to be an inventor as a child.

What is the funniest, coolest or most memorable night you experienced?
One of my most memorable evenings is when, on my last night at Berns, I was surprised by the whole family who came to visit. My family means everything to me and being able to share important moments with them means a lot. My mother and father have always loved parties and are also two hells at dancing.

Do you have a hidden talent?
It’s not particularly hidden, but I’m very good at padel, to be added as an amateur. I don’t want to be challenged by a bunch of pros now.

What do you prefer to do on a day off?
It is rare that I am completely free, but now that summer is approaching, the most relaxing thing for me is to take my friends out on the boat for a full day on the lake.

What’s happening this spring and summer?
Where will we find you? This summer you will find me as usual at Hell’s Kitchen Wednesday, Friday and Saturday. I will also be responsible for Wall Wednesdays during the summer, so you are all welcome there from May 18. In addition to that, I am on Gotland the weekend of week 28 and the whole of week 29 to run the nightclub Gutekällaren. So if you haven’t booked a holiday there yet, do so and we’ll see each other!

Finally, what does your optimal weekend look like?
An optimal weekend should include the Sturebaren, Supper and the Red House. Of course Hell’s Kitchen and maybe a quick swing past Spy Bar to say hello to Joel and the gang. Then I spend Sunday with padel, Formula 1 and a Sunday dinner at the parents’ house with all the siblings, which has been a tradition for a long time.

Tips for curing hangovers? Double Resorb before you go to sleep and don’t stay in bed too long when you wake up.

Paddle or Party?  Party without a doubt

Pre-party or after-party?  Pre-parties are more fun, but there will be more after-parties for me. 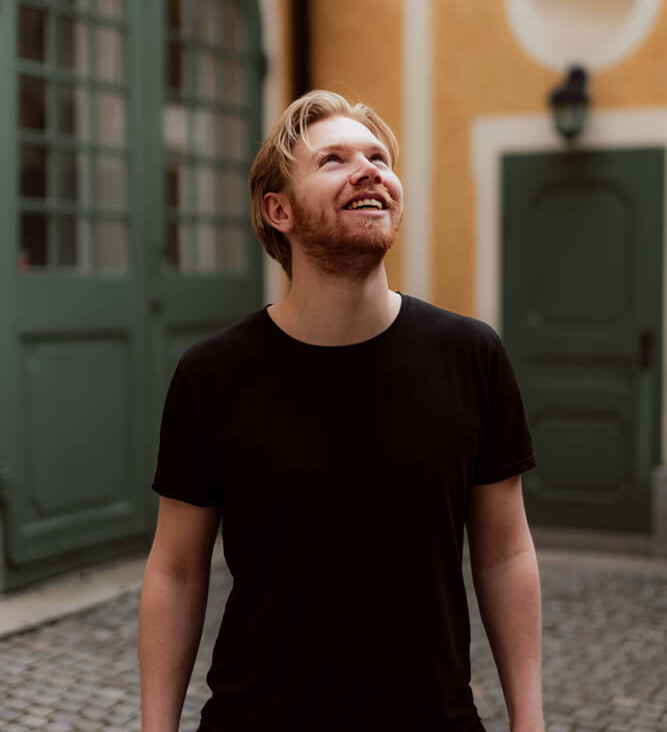 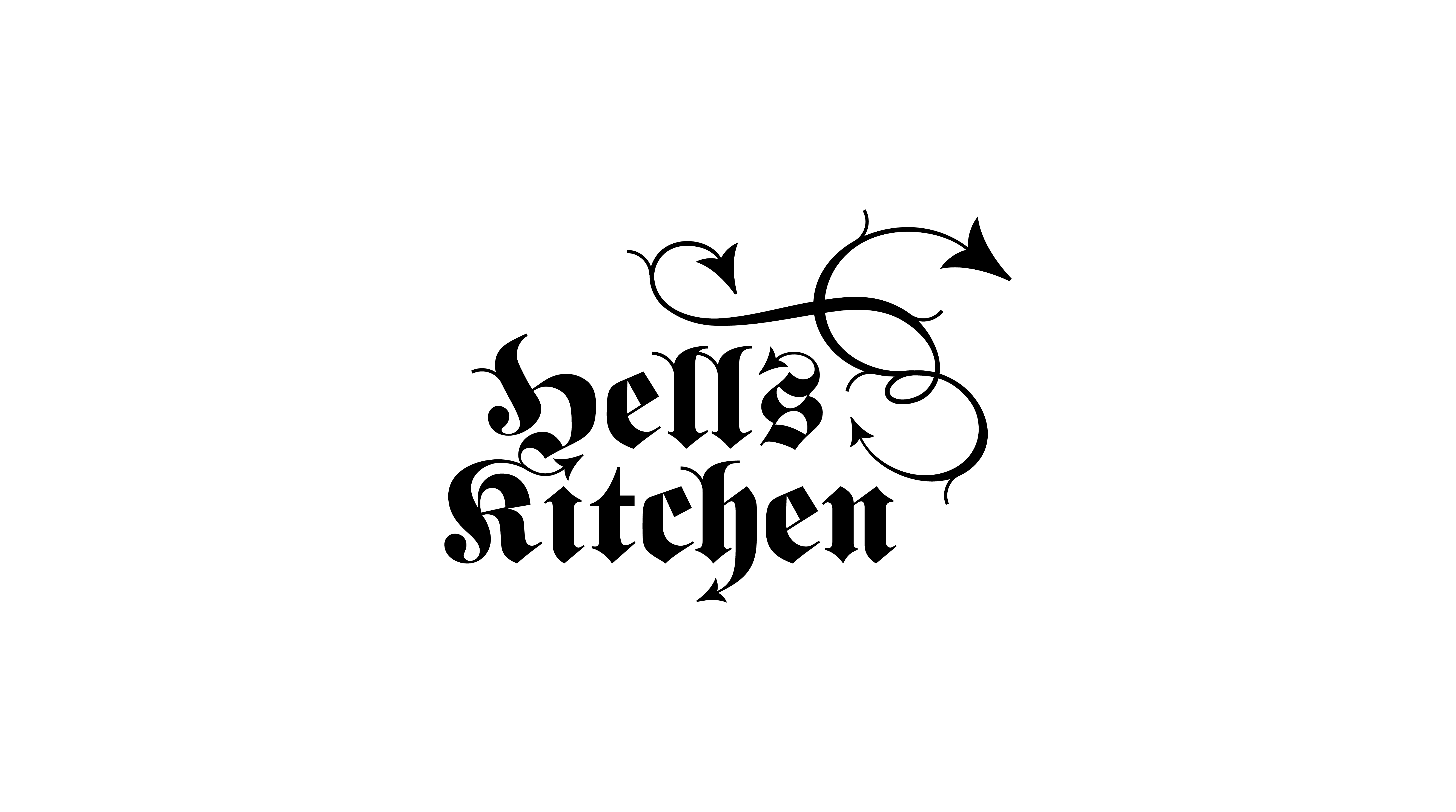